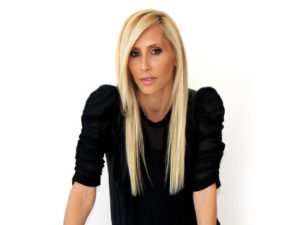 IN CONVERSATION WITH ALEXANDRA VON FURSTENBERG 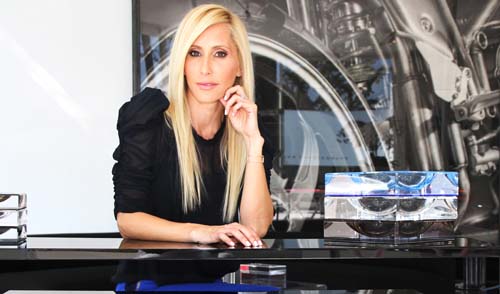 The name “Von Furstenberg” is synonymous with aristocracy, high-end design and fashion but Alexandra von Furstenberg is making her mark with her own collection of limited edition home furnishings that have dazzled design-geeks, consumers and critics alike. Alexandra’s 2008 collection was comprised of modern, light reflecting acrylic with high-impact, bold, neon-coloured edges. The 2008 collection was fun and pop-inspired with clean lines and a modern take on the art-deco style.

The 2009 collection from Alexandra von Furstenberg has similar lines to the previous collection but takes on new life with masculine, strong and sultry colours, reminiscent of gunmetal or a beautifully applied smoky eye. It is a more elegant and classic take on the fun, pop-colours of her previous collection and in combination with some new pieces with more rectilinear forms, these pieces are a real treat for homeowners with a more subdued or dramatic home.

Alexandra has a very strong background in the arts, she attended both Parsons School of Design and Brown University, majoring in costume design and art history. She began a career as Creative Director and later as Director of Image for her mother in-law, International fashion designer Diane von Furstenberg and decided to change her focus to interiors in 2006. Her exclusive collections have been very well-received and are continuing to grow and thrive. Alexandra’s her work has graced many magazine pages and high-end homes, we can’t wait to see what she’ll come up with next.

Please read on to find out more about this talented designer…

Alexandra Von Furstenberg – My first experience was designing costumes for the drama department at Brown University. My fashion portfolio continued as I worked alongside my mother-in-law for ten years. This unique experience in fashion was a great segue into a personal passion for designing my own living spaces. It was a natural transition into product design, beginning with the launch of the AVF collection in 2008. 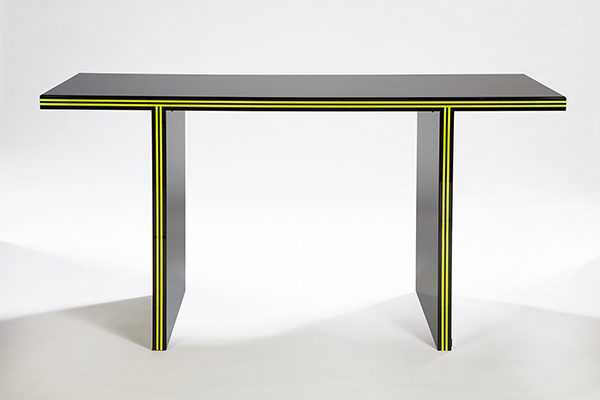 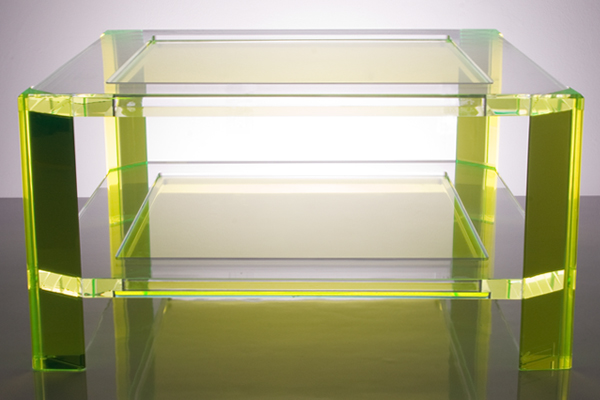 Alexandra von Furstenberg – My style embodies the sleek, modern lacquered design seen in both my 2008 and 2009 collections. The chic, elegant lines of the furniture and accessory pieces are matched with quality craftsmanship. 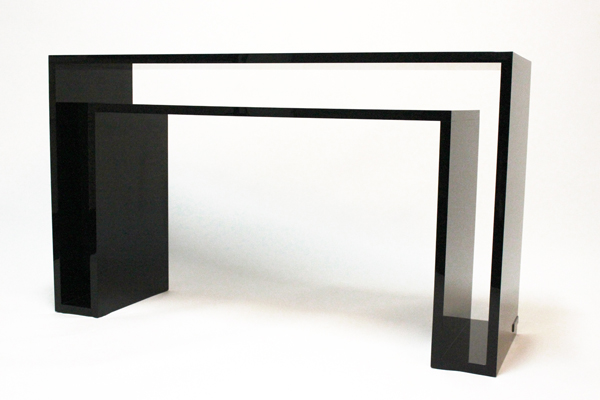 Alexandra von Furstenberg – There are so many designers I admire, but if I have to call out a couple I would have to say Pierre Cardin – Although he was most known for his work in fashion, he was so innovative during his short career in furniture design. Also, Charles Hollis Jones for being a pioneer in Lucite in the early 70s. 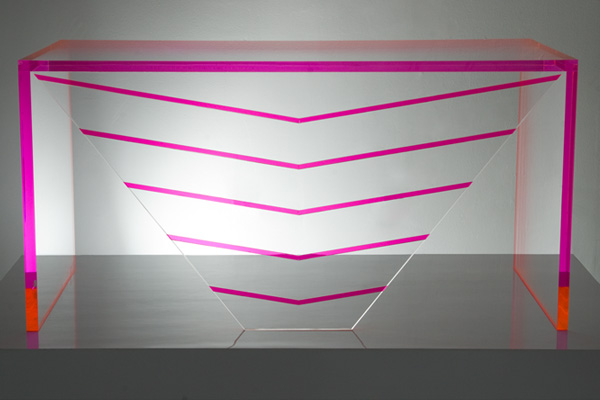 Alexandra von Furstenberg – My strength lies in the creative process and being able to bring my vision to three-dimensional form. The greatest challenge for me is to stick with my designs even when they are misunderstood. 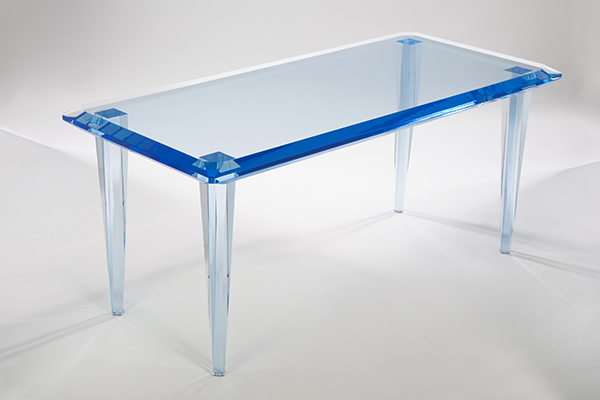 Iván Meade – What was the transition like from fashion to interiors? Was it difficult to remove yourself from your successful career at Diane von Furstenberg?

Alexandra von Furstenberg – The creative process in fashion and interiors is very similar in that your sense of style is all around you – not only in the way your dress, but also in the way you decorate your home. It is a form of lifestyle. Of course it was difficult to walk away from a successful career in fashion, but it was a transition I was ready for. 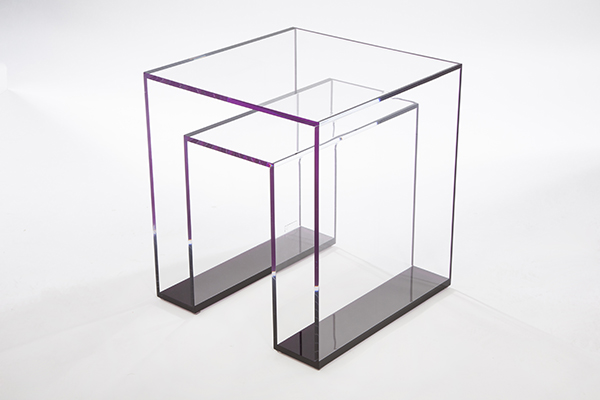 Iván Meade – What compelled you to move into interiors from fashion?

Alexandra von Furstenberg – It was a natural progression for me. 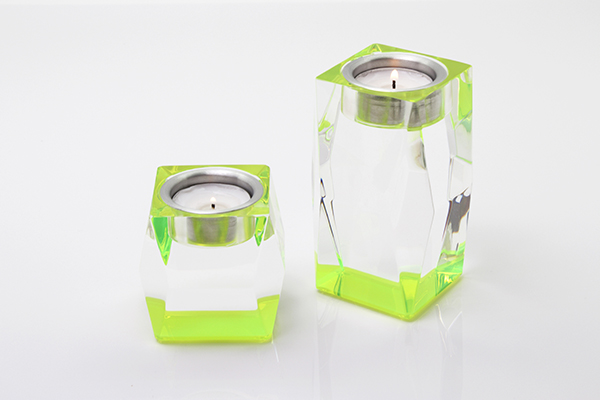 Alexandra von Furstenberg – Frank Lloyd Wright: Complete Works and Helmet Newton are on my coffee table and by my bed I have Conversations with God. 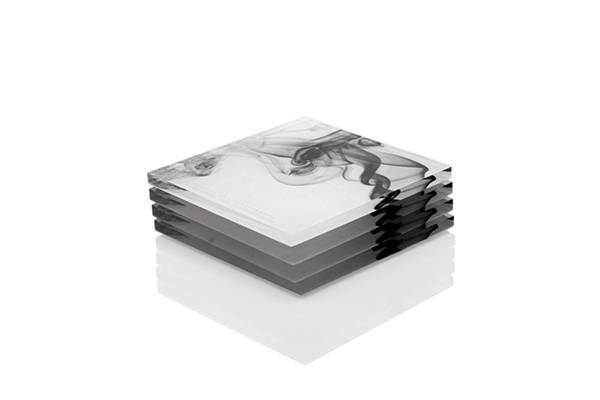 Iván Meade – What attracts you to acrylic as your medium of choice in your designs?

Alexandra von Furstenberg – I felt that acrylic had been so misunderstood and misused. I wanted to give it the design credit it deserved. 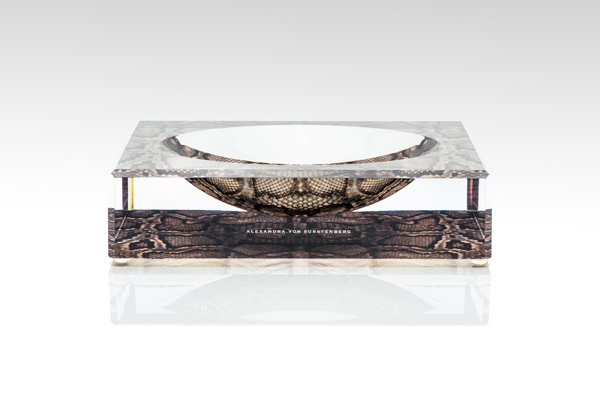 Iván Meade – What are you excited about right now in the world of design (this can be both fashion and interiors if you would like)?

Alexandra von Furstenberg – Consumers seem to be less conservative than they once were, leaving room for diversity. 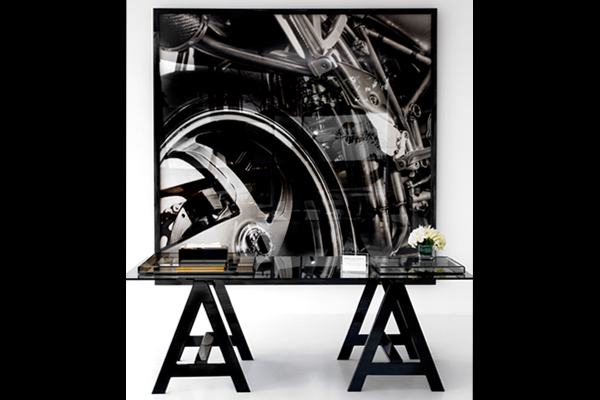 Iván Meade – What piece has given you the most satisfaction?

Alexandra von Furstenberg – It’s not really a particular piece, but the collection as a whole. When I launched my first and then second collection, the satisfaction of seeing all of my work come to life was indescribable. It was the birth of my brainchild, so to speak. 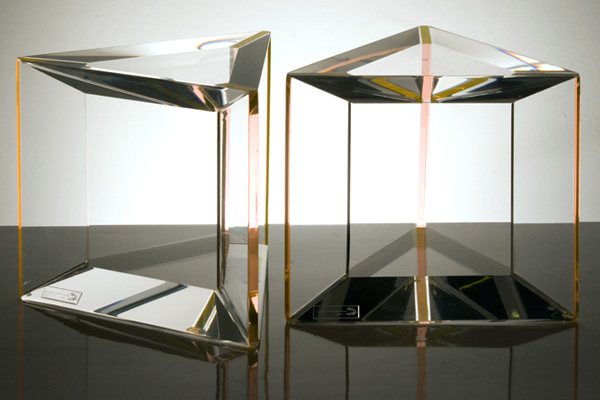 Iván Meade – Do you have a signature detail or design mantra that you apply to all of your pieces? If so, what is it?

Alexandra von Furstenberg – Each design in my collection features the lip logo on a numbered, dated and signed plaque. In a sense, the pieces become functional art. As for a design mantra, the words Fearless hang in my Los Angeles showroom. I think it is the strength behind these words that drives my creative force in this challenging industry. 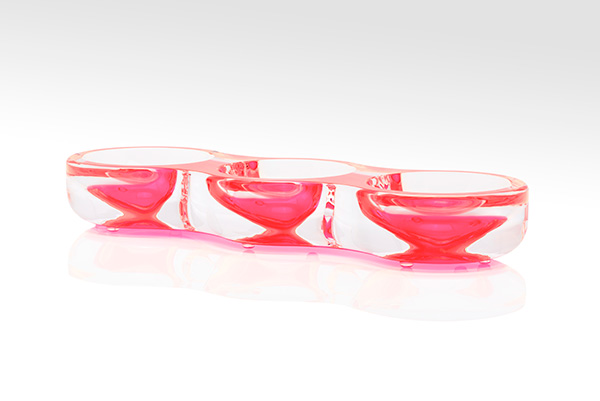 Alexandra von Furstenberg – I hope to someday grow AVF into a full blown lifestyle brand, reaching all levels of design. 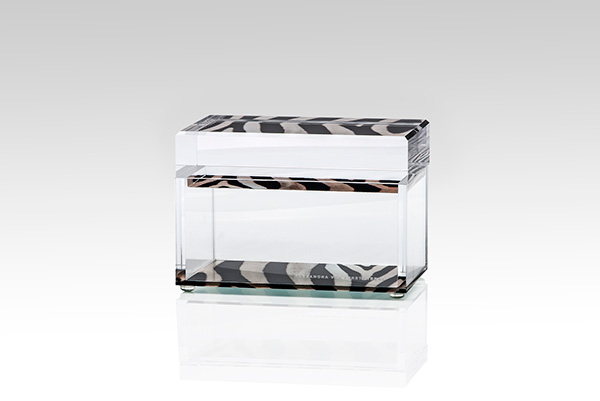 Iván Meade – Lastly, you have already created stunning collections of furniture and accessories that show your talent and growth as a designer. What would you like your legacy to be?

Alexandra von Furstenberg – To continue to have collections that adapt to the changes in consumer’s lifestyles – from their homes, to their clothing, and their technology. I also hope to evolve in the same way, as a designer.

I invite you to check out her wide range of work at: