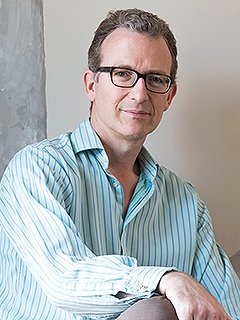 IN CONVERSATION WITH ASHLEY HICKS 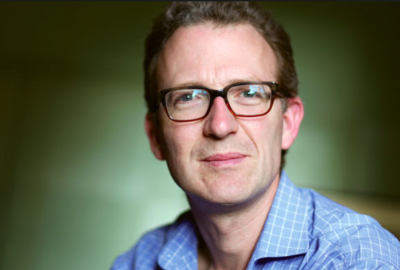 Ashley Hicks has become one of the strongest voices and most recognized names in the design world today.  He has done so by his own right, and not by just reinterpreting his father’s legacy.  The only son of legendary interior designer David Hicks and Lady Pamela Mountbatten is today one of the most respected designers in the United Kingdom.

Influenced by his father, Hicks studied painting and fine art, graduating from the Bath School of Art and Design  and trained at the Architectural Association School of Architecture, in London. He also worked briefly for his father’s interior design house, before establishing his own architectural firm, which also designs interiors and furniture.

Creating a name for himself with his own endeavours, Ashley Hicks designed his first furniture collection, named Jantar Mantar, in 1997, starting with his interpretation of an ancient Greek Klismos chair in. In 2002 he entered the world of publishing; Design Alchemy, a review of interiors and products designed by him and then-wife Allegra (they married in 1990 but divorced in 2011; they have two daughters.)  as well as a personal memoir of his father, David Hicks: Designer, with a foreword by Tom Ford. The following year he went back to creating tangible products for his admirers, creating the David Hicks by Ashley Hicks collections of fabrics and carpet for Groundworks, before reprising his role as author with a definitive review of his father’s career and life, David Hicks: A Life of Design in 2009.

Ashley has designed architecture and interiors in Europe, the USA and the UK, mixing private residential projects with occasional commercial work. He divides his time between London and Oxfordshire.

Iván Meade – This may be an obvious question – as you were born into design royalty with your design superstar father the late David Hicks – but, What was your first experience with design?

Ashley Hicks – My father missed my birth as he wasn’t dressed for it. He was at a dinner party and had to go home to change from black tie to a more suitable outfit for the hospital. So there’s a design decision right there! When I was 6, he did a bedding collection for JP Stevens, and used its chic, striped sheets to line my attic bedroom, forming an Empire-style campaign tent, with bed and chairs covered in khaki tweed with scarlet edging, like a British army officer’s uniform.

Iván Meade – What was the first piece or space that you designed?

Ashley Hicks – At 16, I was allowed to design my new bedroom when we moved out of Britwell to a smaller house nearby. Given a small attic room with awkward shapes, I painted walls, ceiling and woodwork black, with a black velvet carpet and all white furniture which seemed to float in space. Not a scrap of colour was permitted apart from the view of lush, green countryside framed by the circular window. I painted some big pseudo-Warhols in black and white, had one pattern in the room (my father’s Clinch in – you guessed it – black and white) and made the inevitable tablescapes of objects suitably monochromatic. Always immaculate, it was ruthlessly chic, but very cold and hard: not somewhere I would feel happy now! 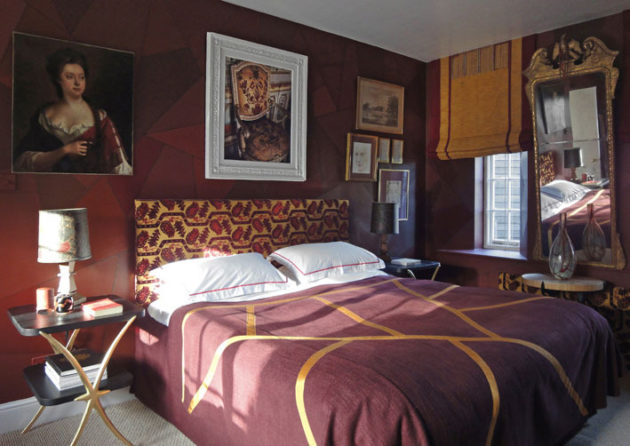 Iván Meade – It is clear in your body of work that your design influences are completely different than your father’s – How do you find your own inspiration to create your own design dialogue?

Ashley Hicks – A lot of my inspiration does come from growing up with him and constantly looking at books, museums and houses together, although I later became fascinated by tribal art and natural organic forms, both of which were very alien to his aesthetic. I rather love age and accident, whereas he was all about freshness and precision. 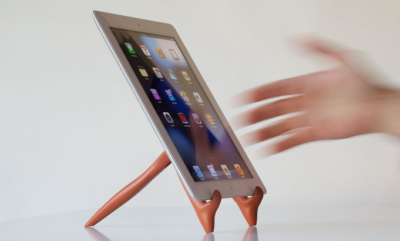 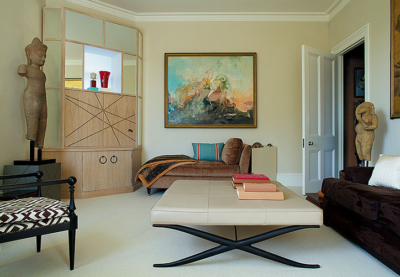 Iván Meade – Your furniture line is exquisite and also very memorable.  I love how you have played with the concept of visual weight by making the legs of your pieces soft, curved and delicate against the heavier look of the work surface.  This change, in my opinion, clearly demonstrates your own language or interpretation of your design vision – How did you come up with this concept?

Ashley Hicks – Thank you! I am fascinated by Roman household furniture, of which only the metal legs usually survive, and I thought what a practical way this was of making things. You can put a table together in 5 minutes! I love to make things myself, so I make a wooden pattern for my legs with sexy curves which I can perfect and then have cast, just as the Romans did. A little less fussy detail, no Bacchus heads or anything, but it’s an old idea. 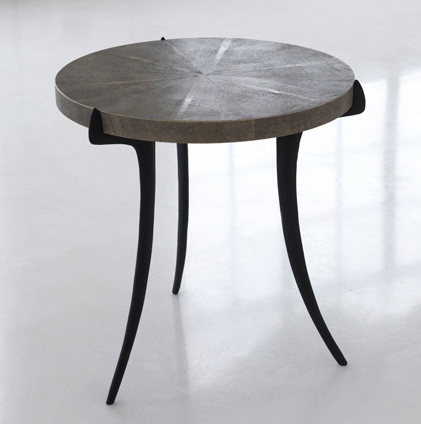 Iván Meade – Do you like to sketch or work directly with the computer?

Ashley Hicks – Sketch! I draw everything by hand, making terribly amateurish coloured sketches of finished rooms that I find have a bit more personality than those astonishingly realistic renderings people make now on computer. They also give a less precise and more flattering impression, I find, as well as being happier-feeling somehow. Where the computer is fabulous is in architectural drawing – being able to repeat details and take off dimensions so easily, etc – which means that I can do all the necessary CAD drawing myself as it’s so quick. For fabric designs, I draw or paint everything by hand but then use Photoshop for colours and effects, which is invaluable. Again, the speed! And the efficiency of being able to email files to the printers for everything from kitchen splash backs to special wallpapers. 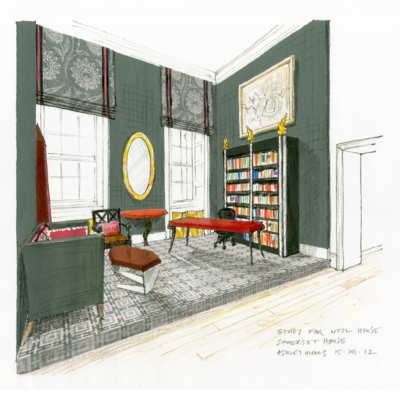 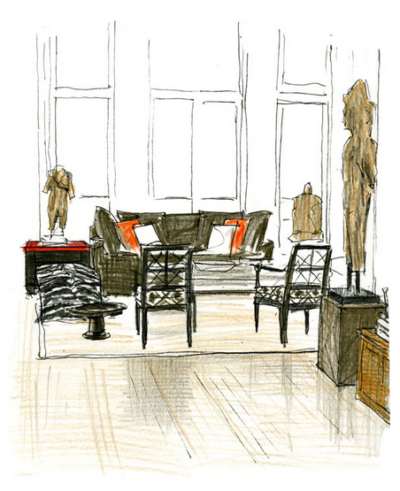 Iván Meade – How do you bring your ideas to life?

Ashley Hicks – What I love is to keep them looking like ideas. I like things that aren’t too polished or perfect, like a fabric that’s drawn slightly roughly, as if it’s still a little sketchy, still becoming something, still growing. I’m also a crazy do-it-myself person, so much so that I’m about to start carving the 10-foot high wooden columns for my clients’ bay window, which I will then faux-bronze myself with my own very crude recipe, before painting a huge pattern of random geometry in parchment colours on their walls. 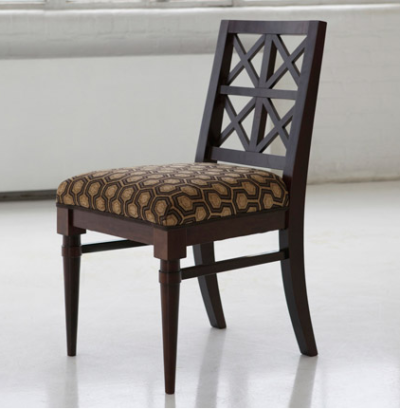 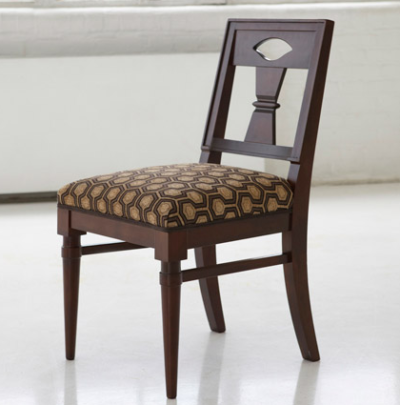 Iván Meade – Your hardware pieces are very organic in shape but you can also see that there is a lot of work in conceiving them. What was that process like?

Ashley Hicks – I discovered marvellous stuff called Super Sculpey used by animation studios and other modellers. I get a bit of wire and twist it into a shape I find interesting, often suggesting the forms of coral that I find on my sister India’s beach in the Bahamas, and then mould the Sculpey so it feels natural before popping it in the oven, and then sending it off to be cast in bronze. I love it. It’s tremendously tactile and fun. 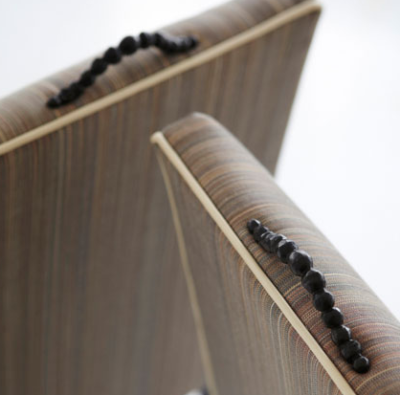 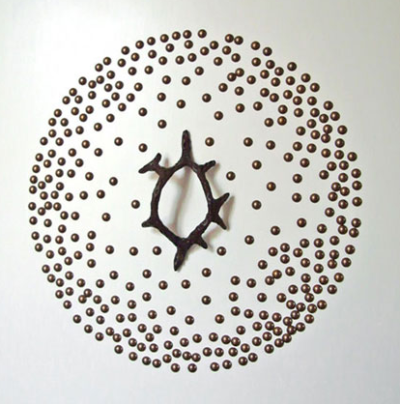 Iván Meade – What was the best lesson you learned from your father as a son and as a designer?

Ashley Hicks – As a son, I’m afraid I’m not sure how helpful most of his lessons were. He was enormous fun, charming and hilarious, and we did have great times together, but… As a designer, he taught me the vital importance of symmetry and harmony, and how to look at and enjoy old things. Since his death, through doing books on him and working with his archive, I’ve learned a great deal more, both from what he did, and from what he did not do. 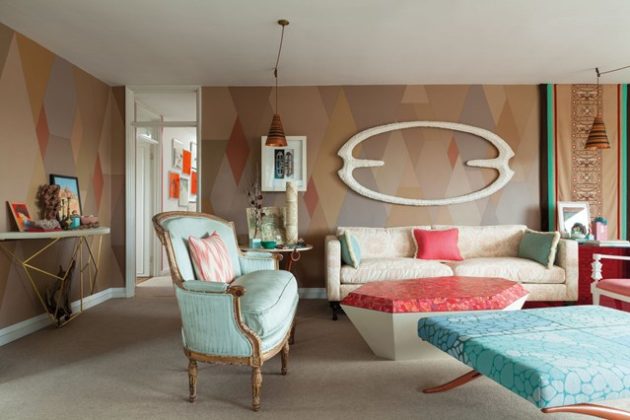 Iván Meade – What is the best advice you could give to someone who is new in the world of design?

Ashley Hicks – Enjoy it! And do your own thing. 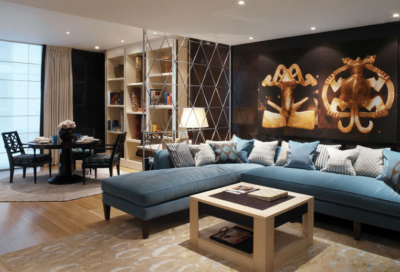 Iván Meade – I really admire your eye to reinterpret the design patterns of your father, the late David Hicks, in different manifestations.  What has been your favourite re-interpretation?

Ashley Hicks – I’m never one to choose a favourite. I love each of them differently. I’m very excited about the new, third collection of fabrics, some of them outdoor ones, that are about to launch with Groundworks/Lee Jofa. 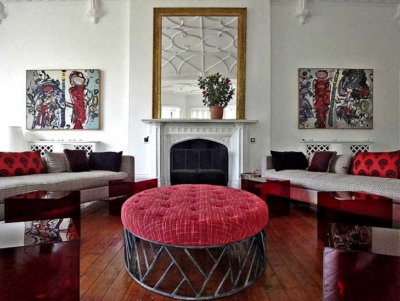 Ashley Hicks – You’re kind, but a bit exaggerated! To be honest, I’ve never thought of myself as having any legacy – I spent so much of my life surrounded by the glories of my grandfather’s and my father’s achievements, that it’s only quite recently that I’ve been able to think of myself as doing anything of any real interest, but I am still not capable of thinking of any legacy of my own. Perhaps it will come… 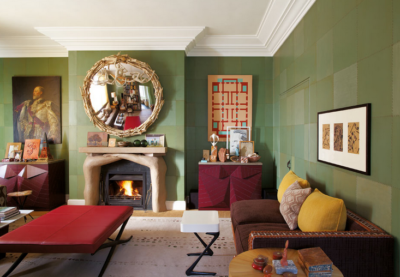