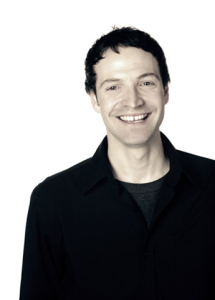 I am always very excited to find talented, local designers; I was particularly enthused when I met Chris Ryan via twitter [ @collecula ], and discovered his work. It is clean, purposeful, sophisticated and explorative. Chris’ background is varied, but thoughtfully intertwined; he has experience in woodworking, interior design, consulting, carpentry, manufacturing musical instruments, research and development, and formal training in Industrial design, sciences and arts with a degree from Emily Carr University, as well as Istituto Europeo di Design (IED) in Milan.

Chris has used his wealth of knowledge and experience to create everything from furniture with sleek and simple lines – including a table that also acts as a drum; to striking lighting, beautifully designed stationery and our previous eye candy of the week, the stunning “Feather Bowl” which are collectively sold through his company “studio collecula” on Cargoh and Etsy. Collecula is a very clever, and fitting name for his work:
collecula – def 1, noun. { a sum of unique parts; (objects, materials, processes and ideas) which through complementary forces, make up a paradigm or aggregate.

Mr. Ryan is also an active philanthropist, participating in several charitable organizations and co-founding both the Bambulance Project and DesignAid. His design philosophy has a strong connection to function, sustainability and social consciousness. With each product he creates, 10% of the proceeds are donated directly to DesignAid.

The future of design can most certainly be found locally, please read on to get in on this intriguing conversation…

Chris Ryan – This is difficult to pinpoint, as I was exposed to design at a young age. My earliest memory of design was of my mother in her studio, pulling out photos of a playground she had done for a steel manufacturer. She then brought out all of these laminated hand drawn renderings of camping equipment by my father from late 60s. I was blown away. I had no idea that both of my parents studied industrial design (or that ID existed at all), until that moment. I also lived in the aura of my stepfather who designed and built gorgeous houses, including the one we lived in. They seemed so wise and experienced, to have done all of those things. 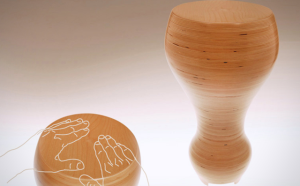 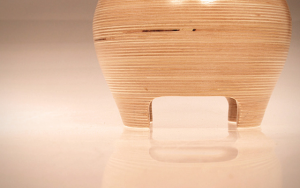 Iván Meade – How was the transition from running a successful interior design firm in Vancouver to becoming an industrial designer?

Chris Ryan – It was a relative type of success and an intuitive transition. There is no shortage of furniture, millwork and interior design work in Vancouver; the transition was more a matter of productivity. I felt drawn to some advice that I received from a seasoned business man, who imparted that the only way to get ahead in your (design) career is to either have people working for you or products working for you, or both. I love working with residential interiors and commercial tenant improvements, I don’t see it as that different from product design mentally. That said, I enjoy the singularity of focus required to create objects that will be repeated in production. 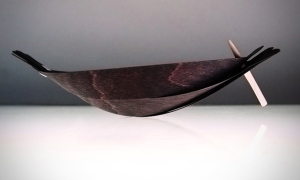 Iván Meade – What was the first object that you designed?

Chris Ryan – The first time I set myself upon developing a process that would result in an object or product type, was when a friend asked me to make him a percussion instrument. I had made one for myself, based on research and experience playing. Once I completed the instrument, in the same manner as the first, another friend asked for one. At this point I thought, maybe this could become a business, and immediately committed to refining the process. It was during the development of the product and business together, that I began to branch from craft and explore the potential of design process. 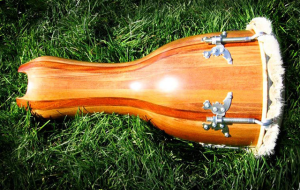 Chris Ryan – Every project has contributed to a pool of experience. Sometimes the project is short, unappreciated, or a disaster. Sometimes it comes with surprising results. As I take on a new project, the satisfaction comes from the richness of all of these experiences working towards a better practice. 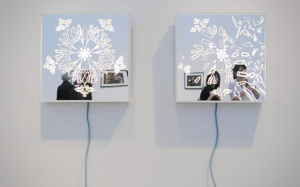 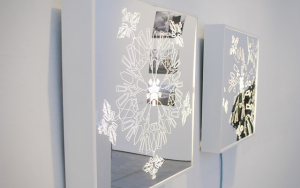 Iván Meade – It is very admirable that you are not just a great designer but also an active philanthropist – what does it mean for you to be part of the Bambulance Project and DesignAid?

Chris Ryan – It means a lot of things, but foremost social design is a vehicle for positive change and seeks to give people with life needs a voice. Working with underserved communities utilizes a unique skill set not often experienced when designing for more privileged society. Its offers great challenges, profound lessons and humility.

Iván Meade – The Bambulance Project (low-cost ambulance) – Wow! I was very excited to find out about this project in Kenya – Can you tell us what is your involvement in the project and what have been the results of this amazing project?

Chris Ryan – My primary involvement in Bambulance Project, has been as co-lead of the industrial design. Initially working with Design for Development Society (DFD), the challenge was to generate a fully functional low-cost ambulance prototype and appropriate healthcare support system. The prototype and system model would serve as teaching tools for capacity building, integrated with existing systems. This process would lead to developing locally viable solutions to heath transport. The prototype is intended to change with the needs of each community catchment area and their particular constraints. 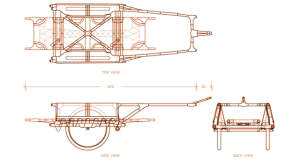 We have made a lot of headway working with community groups in Nairobi, and Mathare, with the project still in development. DFD and DesignAid view the initiative as ongoing, long-term and open source. 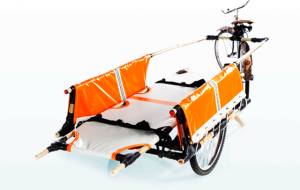 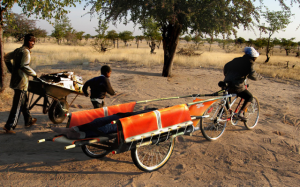 Iván Meade – Let’s talk about DesignAid – DesignAid continues to promote positive change, serving daily life needs in America, Asia, Africa and Europe – How did you get involved in DesignAid?

Chris Ryan – In 2008, designer Philippe Schlesser and I hosted a series of workshops on holistic design and sustainable practices, in Luxembourg. The experience helped to confirm the idea that we needed (personally and professionally) to practice in the area of social design. We also had the realization from working with DFD, that design can be used as a powerful tool in helping to implement collaborative change. We wanted to see more community built around the desire to make change and share challenges. So we began by approaching colleagues with similar interests, and once we established a committed team, found community partners in Vancouver and Luxembourg.

Iván Meade – I read in your bio that for you expressing ideas is like being an anthropologist in woodworker’s overalls  – I believe this is the starting point in your own design philosophy – Could you please explain in detail what this phrase means to you?

Chris Ryan – It’s a metaphor for being in one state, in this case a woodworker, and tapping into the mindset and skills of another field. It’s a way of looking outside the common stream of skills associated with a practice, and applying thinking that one would otherwise not consider relevant. It’s a bit like trying on a different persona in order to discover and make connections that would otherwise be unlikely. IDEO is a great example of a design company that requires its people to be many other things, other than designers. This way the solutions are richer and from multiple perspectives.

Iván Meade – What are you excited about right now in the world of design? Are there any new materials that you can’t wait to work with?

Chris Ryan – I’m really excited about the potential of opening the design process up to global cultures of all classes, and a further mixing of design disciplines. The growth we have seen in connectivity and technology today is largely the result of the impact social media is having on the world. I hope to see a similar cross-pollination happening in design as a result of pooling resources and facing global issues collectively. 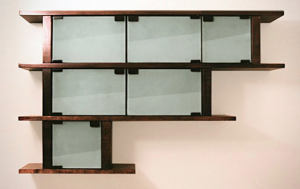 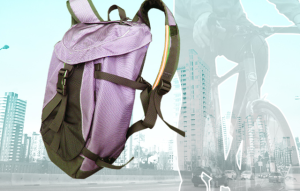 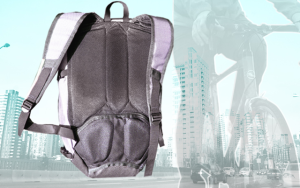 Chris Ryan – With all of that said about social design, my next big push is to build collecula into more of a brand. I would like to see collecula produce a range of quality ecological products for the home, complimented by interior and product design services. 2011 will begin with the launch of a few promising lines that relate in a narrative way with the user.

In terms of community involvement, a growing local design and arts community is really important to me and I will be more involved in contributing to the mix in the coming months. Design District Studio in Victoria, which I’ve newly joined as an associate, are a group of talented designers and stagers and I hope to collaborate more with them this year.

At the other end of the spectrum, DesignAid has several ongoing projects that are long term, and this year will see some exciting new directions.

Thank you Ivan, for the opportunity to share some of my story. It’s a privilege to be in conversation with such a community minded designer as yourself.

I invite you to visit and to support Chris Ryan’s website at:

1 Responses to “In Conversation with Chris Ryan – Studio Collecula”