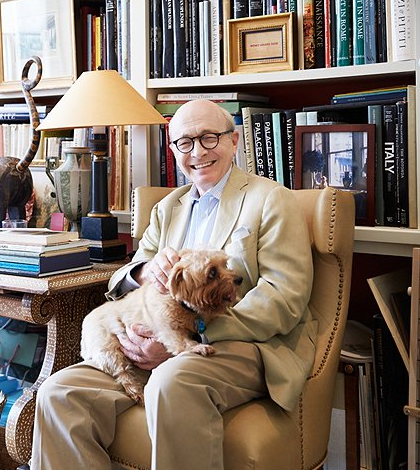 In Conversation with David Easton 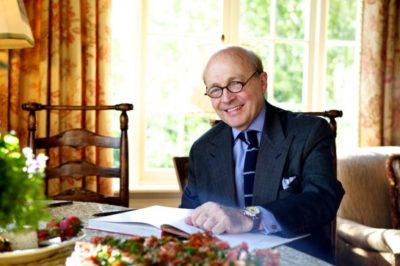 As designers ourselves, we know Mr.David Easton best as a master of wallpaper and fabric design. However, Mr.Easton is also an architect and interior designer, known for much more. He is one of the leaders in neoclassical design and architecture but can tackle any style. His architectural work is stunning and looks like it could fit right in with a heritage town, or stand out on its own in a modern city. His use of materials, proportions, balance and detail is impeccable. David’s residential and hospitality interiors range from classical, to comfortable contemporary. He is a master of layering patterns, textures, colours and forms to create rooms that are beautiful but completely liveable; they can be traditional without being stuffy, and comfortable without being too casual. Never too masculine or too feminine. He has a way of always bringing a sense of sophisticated elegance into everything he does.

David Easton’s lines of fabrics and trim (with Lee Jofa) and wallpapers (with Cole & Son) are not only stunning, but extremely versatile. He has a paper or fabric to match every design period or, create a fabulous juxtaposition with different styles. He also has brilliant collections with Walter’s Wickers (wicker furniture) and Robert Abbey (light fixtures), that are certainly worth looking through.

Mr.Easton received his degree in architecture from Pratt Institute in 1963 and had the opportunity to study with several influential mentors such as Sibyl Moholy-Nagy (the widow of one of the founders of the Bauhaus) and Edward Wormley (whose Dunbar line of furniture now holds a permanent place in the Museum of Modern Art). After working for firms, (including Parish-Hadley, where he discovered a love for decorating) he was able to open his own firm in 1972, propelling himself into celebrity status in the 1980’s with his English-style interiors. More recently, David has become enamoured with a more streamlined, contemporary style.

Mr. Easton has had many honours bestowed upon him. In addition to his enlightening lectures, he has also been awarded the Classical America’s Arthur Ross Award (twice), the Lifetime Achievement award at London’s Design & Decoration Awards, and was inducted into the Interior Design Hall of Fame in 1992. He has also graced the pages of Architectural Digest, Elle Décor and House and Garden, among others.

David Easton – This is a strange answer – but the first impact I had of the “design world” was spending summers at my grandmother’s house outside of Chicago and going to Marshall Fields & Company’s 8th floor where, as a child, I could get off the escalator look across a small garden into a house beyond and walk into that house with a Living Room, Dining Room, Bedroom etc. which was a fantasy for me and still remains what I feel a direct impact – and part fantasy obviously. 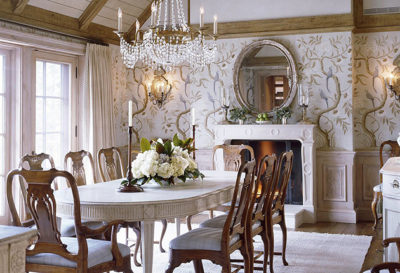 David Easton – I’ve had an architectural and decorating education and there are many threads woven into that but I would say in a very general way, A) the history of the past and B) the exciting new world of the future and its technology and incremental change which is going to affect design beyond anything history has ever provided before. 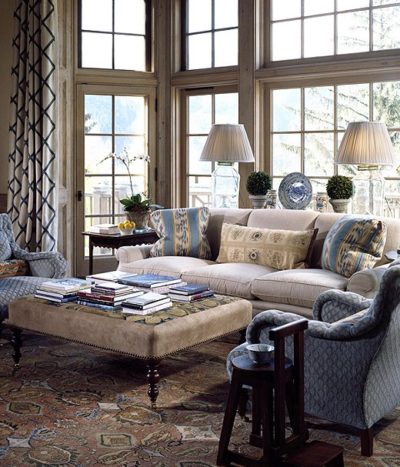 Iván Meade – Once I read that you have always been attracted to neoclassical in its purest, almost modern, form – How would you describe your style?

David Easton – Yes I have been influenced by neo-classicism, the neo-classicism of especially Schinkel in Germany has always been a strong influence in my design and I feel that because neo-classicism while it had two feet in the past also had a foot in the future and Schinkel and Sohn certainly developed a cleanness of line and a purity of design in a traditional way that gave it a new step forward. 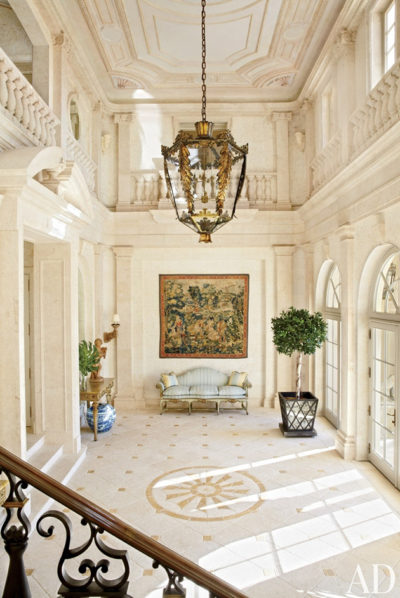 David Easton – Albert Hadley, whom I’ve had the honour of working with many years ago.  He is a gentleman, and a true artist.  He successfully bridges the gap between the past and the future. 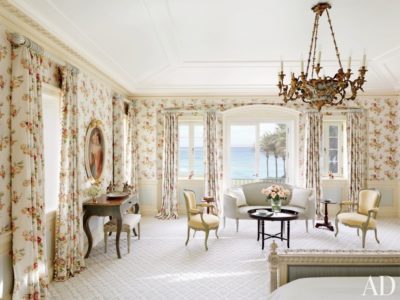 Iván Meade – What inspires your fabric and wallpaper designs?

David Easton – I think there are 3 issues that are involved 1) involved in the practice of architecture and decorating and so I’m constantly in contact with needs and comments 2) my longstanding relationship with Lee Jofa in designing textiles and 3) travel – I have an insatiable desire to travel I have been over most of this globe as high up as Bhutan to as low down as the Archipelago and am now planning another trip to Turkey, Australia and New Zealand and next summer back to Turkey, India and – these three have all been enormous influences in my interest in textile design. 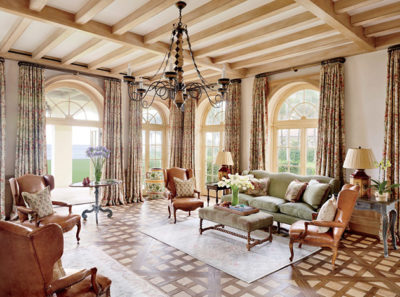 Iván Meade – Do you have a favourite technique or printing process that you like to use for your fabric and wallpapers?

David Easton – I love woven textures. In the printing process I particularly prefer fabric with a slight texture and am amazed at the richness of the process of metallic colours in these fabrics. 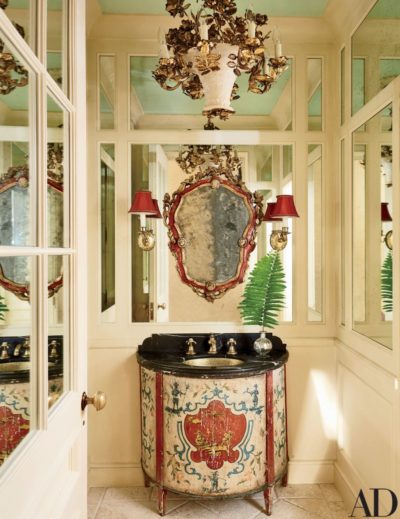 Iván Meade – Do you think technology has affected the creative process of your product lines?

David Easton – Absolutely – the issue of doing carpets in Hungary traveling two hours to watch people manufacture carpets is a world that’s in the past and the future is the technology of everything.  From the very instance of a sketch or design idea thru computer technology, computer rendering etc. is given a cleaner more critically defined design to product all over the world and that is true of the things I’m doing today. 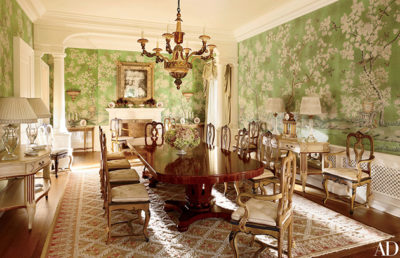 David Easton – Strength: the ability to envision and draw both architecture interiors and a live product of furniture, lighting and textiles. To be able to sit down, sketch out a house, place it’s furniture, organize it’s general landscaping and then to be able to go beyond that to be able to detail millwork, place electrical plans etc. is a blessing both by hand and not in my case by computer – I assure that I have a strong feeling that computer technology and CAD systems covers a multitude of sins in terms of the fact that the line by computer makes everything look perfect when it takes the eye and the movement of a pencil across a piece of paper! 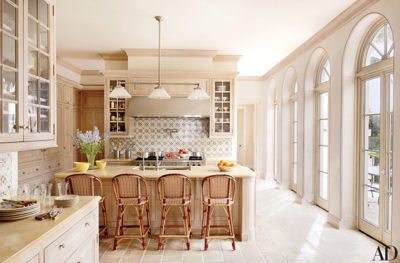 Iván Meade – What is your guilty pleasure?

David Easton – I know that I sound like an early puritan – but I can’t think of very much that I feel guilty about – if there was one thing it would be trying to balance together too much – trying to manage my life, my design office, travel and many friends it becomes a full time ballet. 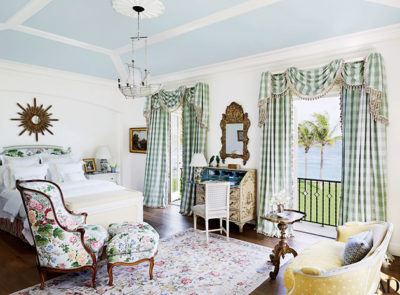 Iván Meade – What are 5 things you can’t live without? 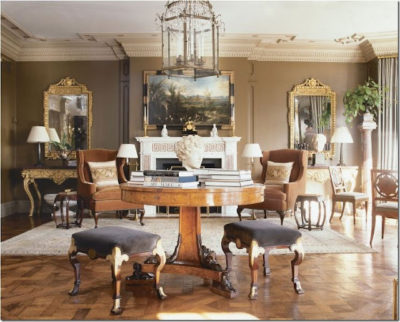 David Easton – Challenge!! The exciting changes that are taking place in our new global world is something that bring attention and excitement to everything we’ve ever done in the past as we proceed to do it in the future whatever our professions may be. 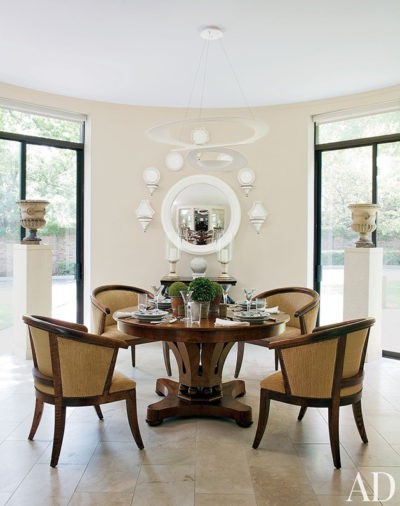 Iván Meade – Do you have a piece from any of your collections that is your favourite?

Lee Jofa – a new fabric line which is a global line of design which was inspired by traveling to Asia and Africa. 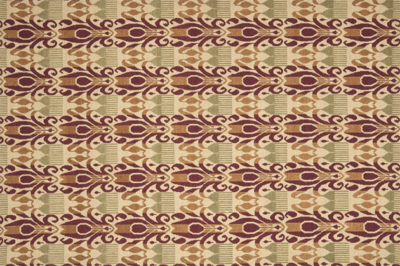 David Easton – The next project that includes a piece of land with a house to be built, interiors to be completed and the interior furnishings to be designed and working with a marvelous landscape architect to put it all together – we’re now working on a project somewhat like that in Mexico. 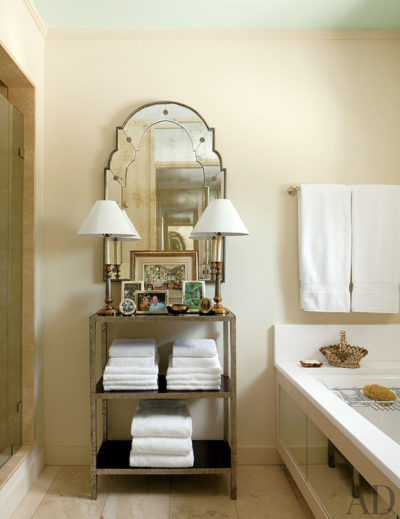 David Easton – Any project that has involved the house, it’s gardens and landscape – we’ve had many wonderful projects and I can look back on one project in Virginia where it involves a house, stables, a chapel, a log cabin and other buildings on the estate – peripherally a project in Scotland and a boat – those are exciting. That’s the kind of totality that takes up your life and gives you a big canvas to work with and an exciting and enticing goal to complete. 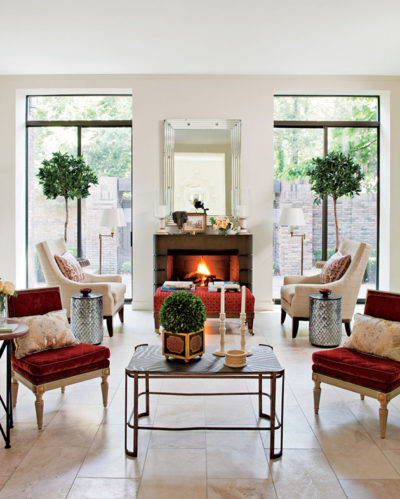 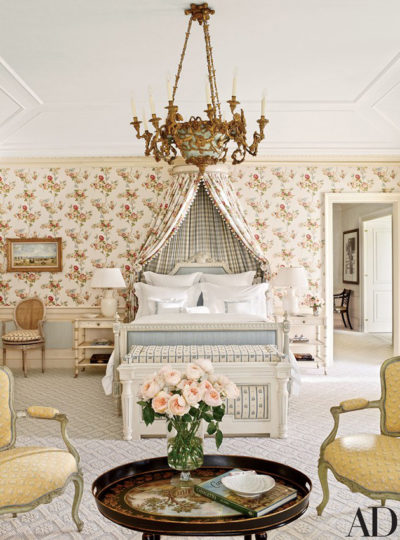 David Easton – I have a very long view of past, present and future.  I think the era of a Palladio, a Schinkel, or a Robert Adam is a period of time that is over and in this global world there will be much work but it will be simpler and less complicated. 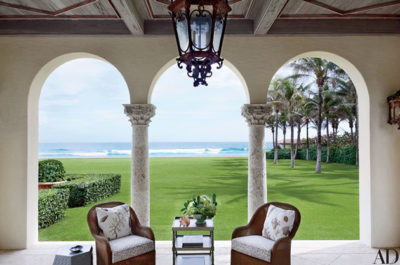 Fabric and Furniture by David Easton 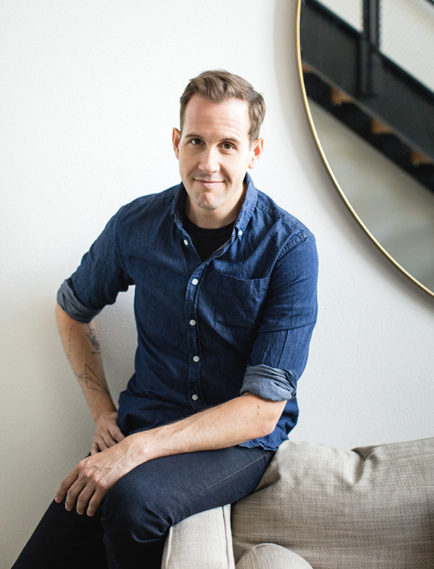 17 Responses to “In Conversation with David Easton”