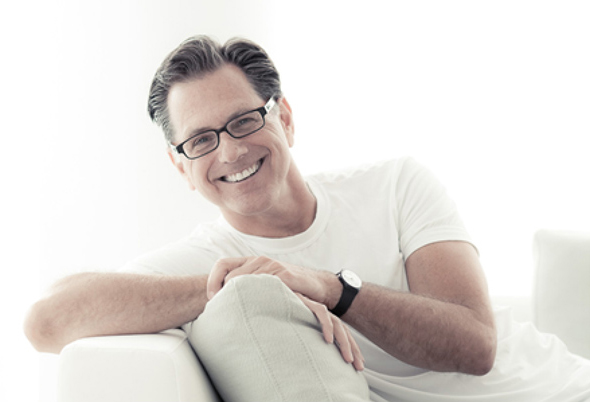 In Conversation with James Gauer 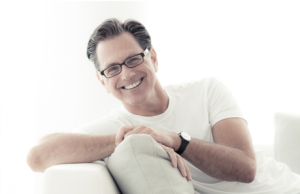 International Architect/Designer James Gauer’s work was recommended to me by several colleagues, after hearing his name repeatedly I thought to myself ‘I should really look this gentleman up’. Browsing his website, I was impressed with his work, but it was after I read his book ‘The New American Dream: Living Well in Small Homes’ that I was hooked. 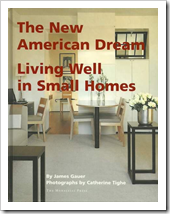 An educated designer with a degree in International Affairs (from Georgetown University) and a Master’s in Architecture (from Columbia University), it’s no wonder he has the experience and talent to make it big. I find James’s work and writing to be inspiring – a new approach to design with rational decisions and stunning results. You may recognize the name from publications like Architectural Record, Elle Décor, The New York Times, or features in books such as ‘Lofts’, ‘Brilliant: White in Design’ or ‘Renovate’.

James is now a local, residing right here in Victoria in an amazing condo. I can’t wait to pick his brain for thoughts on design today, please read on to get in on the conversation…

James Gauer – I grew up in the suburbs of Chicago, in a simple ranch house of less than two thousand square feet. This was a normative size for suburban houses in the fifties and sixties. When I was about twelve, I was riveted by something in one of my mother’s shelter magazines. Was it a larger house that I might envy? Far from it. The object of my fascination was a tiny but elegantly engineered studio apartment containing little more than a built in daybed and two iconic Wassilly chairs by Marcel Breuer. Our suburban house, modest though it may have been, was certainly more spacious and comfortable, but this one room had something – refinement? modernity? — that made spaciousness and comfort seem quite beside the point. It made anything more than one perfect room seem dowdy and unnecessary. With all the zealotry of a new convert, I was keen to transform my bedroom into a self-sufficient studio apartment, but my brother, who shared the room, did not share my enthusiasm. And so my first foray into the architecture of small spaces was thwarted.” 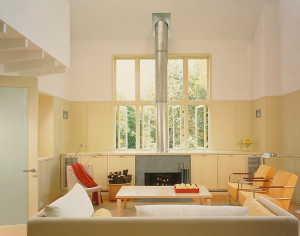 Iván Meade – Your book “The New American Dream – Living Well in Small Homes” is one of the top interior design books I have read this year. Perfect balance between great images and amazing content. Are you planning to pen another book in the near future?

James Gauer – Thank you, that’s very kind. I hope my book is as much about architecture as interior design, though I freely admit the boundary between those two disciplines is rather fuzzy. I currently have no plans for another book, but it’s always a possibility. 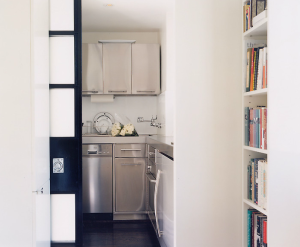 Iván Meade – Space nowadays is at a premium – As an architect it is clear that the adequate use of space is really important to you, but how do you incorporate these principles into your personal home?

James Gauer – My current home is a condo on Victoria’s Inner Harbour. Its design incorporates all the principles described in my book. Let me give you one example: spatial layering. The suite has 1250 square feet. I’ve lived in places much smaller, so all that square footage initially seemed luxurious, but on closer inspection the developer’s floor plan didn’t use the space to its best advantage. So I used the principle of spatial layering and reworked the plan to create four parallel layers of space, through which the full depth and breadth of the suite, and the harbour beyond, are visible.

The first layer is a foyer, a powder room and two offices, which double as guest rooms. The second layer is storage, bathrooms and a hall open to the kitchen. The third layer is the living room and master bedroom. In the original plan, neither was especially large or gracious, so I combined them into one space as big as the building’s structure allowed. Now they share 45 linear feet of floor to ceiling windows overlooking the harbour. All that separates them is a partition containing pocket doors of aluminum and white glass. The fourth layer is the terrace. The implied fifth layer is water and sky. 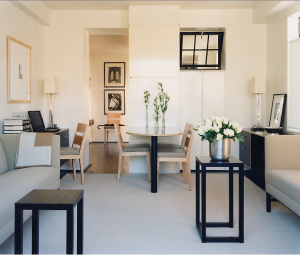 Iván Meade – One of my favourite things in your book is that you have included multiple floor plans so the reader can understand and learn from the space itself. What is your process when you are designing a space?

James Gauer – Every project is different, but I have to start with the floor plan, which is the most basic component of good architecture. The floor plan provides a two dimensional footprint, which informs – sometimes determines – what the three dimensional space will be. If you don’t have a good plan, you won’t have good space.

A good plan establishes a spatial hierarchy. The differences between spaces, whether functional or symbolic, should determine their relative importance in the plan’s composition. These differences are expressed in size, shape and location.
For example, in a small home, the most important space is usually the living room. It should be located to express its primacy and to take the best advantage of light and views. And it should be given the largest share of the home’s limited square footage. This sounds like common sense, but you’d be amazed at how often developers give first dibs to kitchens, bathrooms and master suites, and the poor living room is a mean vestigial space assigned whatever meager square footage is left. 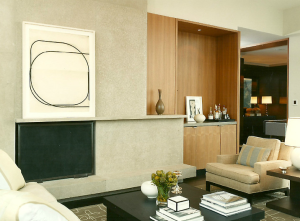 Iván Meade – One of my favorite projects is your own Gauer-Goldsmith House in Connecticut. I believe it really showcases your understanding of classical proportions – What was your favourite memory while designing this property? Or your favourite element you incorporated?

James Gauer – For such a small house, its design has a rather long back story. At least a decade before building the house, my partner and I went to Seaside, the prototypical New Urbanist village in Florida. We were fortunate to stay in the house that architect Leon Krier – a committed classicist – had designed for himself. It was three stories high and had a very small footprint. Its plan, organized as a nine square grid, was extremely compact and elegant, and the rooms were beautifully proportioned. I became obsessed with designing variations on it. One of those variations became, eventually, our house.

My favorite element in the house I designed is something the Krier house didn’t have – an entry courtyard. I love the way the house and its various appendages – porch, garage and fencing – define a formal outdoor room. 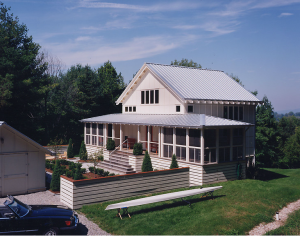 Iván Meade – In your book you are a big promoter of the basic principles in design – Are there any design rules that you think were meant to be broken?

James Gauer – I think all rules can – and occasionally should – be broken. But breaking rules is a privilege that can only be earned by learning them. Picasso was able to move on to cubism only after he had mastered classical drawing.

James Gauer – Oh, that’s a tough one. I have a rather short memory and so it’s often the most recent project that seems most satisfying. I recently completed a small house in Santa Barbara CA, and it was a joy to work on. Much of the credit for that goes to the clients, who are lovely people with great taste who really believe in the power of architecture to enhance life. I believe it was Edwin Lutyens who said “There will never be great architects or great architecture without great patrons.” He was right. 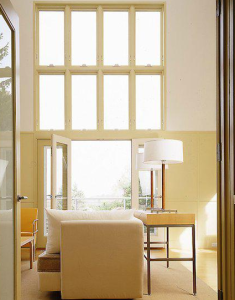 James Gauer – I suppose it’s as much an economic and cultural trend as it is a design trend, but I find the growing interest in smaller homes in dense, walkable neighbourhoods very encouraging. The McMansion era seems to be officially over, and the suburban sprawl era seems to be following close behind. 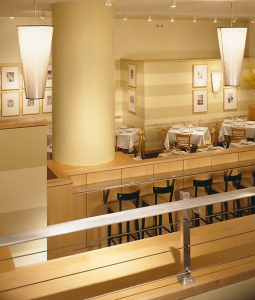 James Gauer – Retirement or at least semi-retirement. Really, work is great, but there is so much more to life. I can easily fill my days with rowing, cycling, reading and a bit of travel. But I wouldn’t mind keeping my hand in by designing a few more houses. I confess I have notebooks filled with graph paper sketches of theoretical house plans on small urban lots. 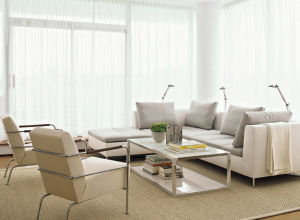 James Gauer – That’s very kind. Thank you. Legacy is perhaps too grand a word for my modest body of work, but I do admit I’m proud of it. “A poor thing but mine own” as Shakespeare would have it. I think the best legacy is clients who enjoy living in the places I’ve designed for them. And if, in the future, some young architect or designer comes across my work and says “that’s not bad”, that would be nice too.

I invite you to visit James Gauer’s stunning body of work at his webiste:

4 Responses to “In Conversation with James Gauer”